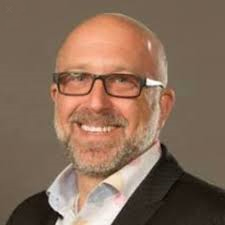 The Canadian Association of Medical Radiation Technologists (CAMRT) is pleased to announce the appointment of Irving Gold as its new Chief Executive Officer.

Irving comes to CAMRT with two decades of experience in research environments, government relations and advocacy, and association leadership. His career has been defined by an unrelenting commitment to education in healthcare and the health of Canadians.

From 2015 to 2019, Irving led Resident Doctors of Canada, representing over 10,000 resident doctors across the country. Prior to joining Resident Doctors of Canada, he held Vice President roles at two healthcare organizations, the Canadian Resident Matching Service (CaRMS) and the Association of Faculties of Medicine of Canada. Irving has also served on several Boards of Directors as both President and in other executive roles.

“We are excited about having Irving lead our organization. His diverse experience, extensive professional network and palpable enthusiasm will serve us well into the future”, said Gailyne MacPherson, CAMRT President.

Irving was born and raised in Montreal and is fluently bilingual. When he is not working, Irving spends his time raising and going on adventures with his two amazing children, Samuel (15) and Eliana (13).