Provinical Manager for BC: Sarah Erdelyi 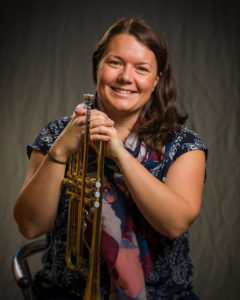 Starting January 1, 2020, Sarah Erdelyi has taken over the role of Provincial Manager following the retirement of Louise Kallhood.

Sarah graduated with a Bachelor of Science, Life Sciences, from Queen’s University in 2007. From there she acquired her diploma from the Eastern Ontario School of X-Ray Technology and began her practice as an MRT from 2007 to 2012, progressing to the role of Clinical Education Leader from 2012 to 2013. In 2013 Sarah moved across the country and accepted roles as a CT Technologist with Island Health and as an Instructor in the Medical Radiography Program at Camosun College. In 2017 Sarah achieved her Master of Science, Health Science Education from McMaster University.

Sarah is no stranger to the CAMRT and CAMRT-BC. She has been the volunteer Chair of the CAMRT-BC Advisory Council since its inception in 2018, has been a core member of the Professional Practice Advisory Council since 2016, and is a 2014 graduate of the prestigious CAMRT Leadership Development Institute. In addition, she has presented at CAMRT events on the topics of Adaptive Radiography and Using the Best Practice Guidelines.

Sarah will build on the exceptional foundations of the CAMRT-BC model, and bring new perspective to grow the value offered to members. Like Louise before her, Sarah will be based in BC, and connected to the CAMRT office through technology and organizational supports. .

Feel free to contact Sarah at serdelyi@camrt.ca.  She would love to hear from you.

CAMRT-BC is also supported in many of its functions through collaborations with staff at the CAMRT offices in Ottawa. For a list of CAMRT’s staff contacts please consult: https://www.camrt.ca/about-camrt/staff-contacts/.
CPD
WHY JOIN?
JOIN NOW!
PRACTICE GUIDELINES