Diversity is not about how we differ. Diversity is about embracing one another’s uniqueness. – Ola Joseph

In 2010, CAMRT launched an Inclusion and Diversity initiative designed to celebrate the differences within the membership, and to encourage members to think about the importance of culture, religion, politics, sexual orientation, ethnicity, language and even age. The initiative has proceeded under the leadership of a champion, Past-president Fiona Mitchell.

In November 2012, the CAMRT Board of Directors proudly approved a statement affirming The Focus on Inclusion and Diversity at CAMRT.  Read it below.

The Focus on Inclusion and Diversity at CAMRT

Developed through the Inclusion and Diversity session held at the Annual General Conference, June 9, 2012 with input from the CAMRT Board of Directors

The CAMRT has over 11,000 members from coast to coast and from a wide array of backgrounds and personal orientations. What members all have in common is that they are the very image of care as they serve the public in the fields of medical diagnostic and therapeutic technologies.

The CAMRT inclusion and diversity initiative celebrates the individual differences among members and encourages them to learn the importance of, promote, internalize and act on the various dimensions of diversity both in working with their colleagues and in their professional activities. These aspects of diversity include culture, religion, politics, sexual orientation, ethnicity, race, gender, creed, language, socio-economic status, discipline and age.

The CAMRT respects the diversity of its members and stakeholders, and in an effort to maximize inclusion and celebrate our diversity, we will actively encourage an inclusive culture within our association 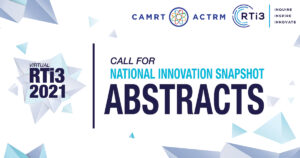