The complete CAMRT 2021 Celebration of Excellence recording is now available for viewing. Congratulations to all our award recipients! 🎉

The CAMRT Honorary Awards are a collection of awards presented to members at the pinnacle of the profession. The winners of these awards earn the highest recognition from their association by their dedication, commitment and exceptional contributions to our profession. Due to the continued restrictions of the COVID-19 pandemic, once again the award recipients are being recognized virtually and their awards will be presented to them at a later date.

This award was established in 1957 to honour a member of the CAMRT who has made a significant contribution to the profession and/or association, at a national level, in the field of education.

The CAMRT is pleased to present this award to Christine Preachuk, RTR, from Manitoba.

Christine has sat on numerous CAMRT committees, past and present.  She has supported certification through serving on various exam development and competency profile validation committees, and has been an instructor for CAMRT’s full-length CPD course “The Chest Image”. In addition, she has volunteered her time and expertise to review entries for CAMRT’s Competitive Awards Program.

Working as a Red River College clinical instructor at Winnipeg’s HSC, Christine has always been an active and passionate advocate, not only for Radiological Technology, but for all MRT disciplines. She has organized multimodality seminars for students as well as student rotations among the other disciplines, such as radiation therapy, CT and mammography. Colleagues have commented that “Christine sets high expectation of every student she encounters to meet the demands of the profession with knowledge, competence and professionalism.” Christine has also been involved in HSC’s staff education and is sought out for her input when it comes to department protocols as well as program revisions.

Aside from all of this, Christine continues to tirelessly promote the profession and the pursuit for self-regulation of MRTs; and as Chair of the Ad Hoc Committee, has worked collaboratively with all disciplines, including Sonography, in this venture. She has regularly attended both the CAMRT and MAMRT functions, AGMs and conferences, served on the MAMRT Board of Directors for 9 years, advocated for the profession, and has won awards for her volunteerism and support of the profession. 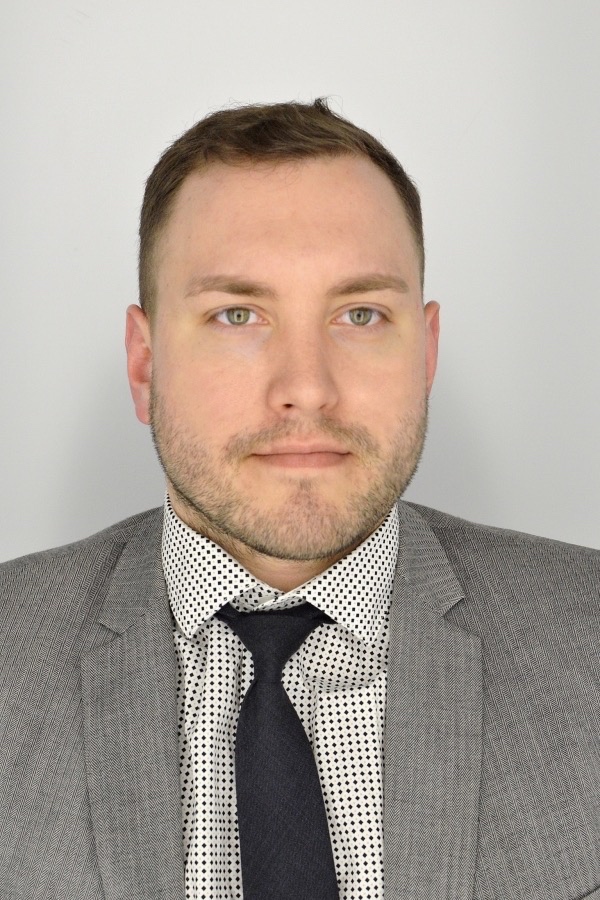 The CAMRT is pleased to present this award to Jonathan Bower, RTNM, from Nova Scotia.

Right from an early stage in his career, Jonathan became deeply involved in volunteering for his national professional association, serving in numerous capacities on many education and advocacy committees, as well as the Board of Directors and the Foundation.

In addition to his volunteer work, Jonathan had been instrumental in the development of a safety guide for a new multi-discipline therapeutic intervention procedure, and instructional guides for PET and PET-CT. He has also collaborated or co-authored on a number of research projects and articles.

Setting a high standard for his chosen profession and himself, he has sought, and continues to seek, to improve his ethical and leadership capabilities through education. He shares his knowledge through presenting at professional conferences and through effective communication and mentoring of students, encouraging them to get involved not only with their profession, but also with their professional associations.

It is an impressive beginning to what is sure to be a long career and achievements in giving back to the profession. 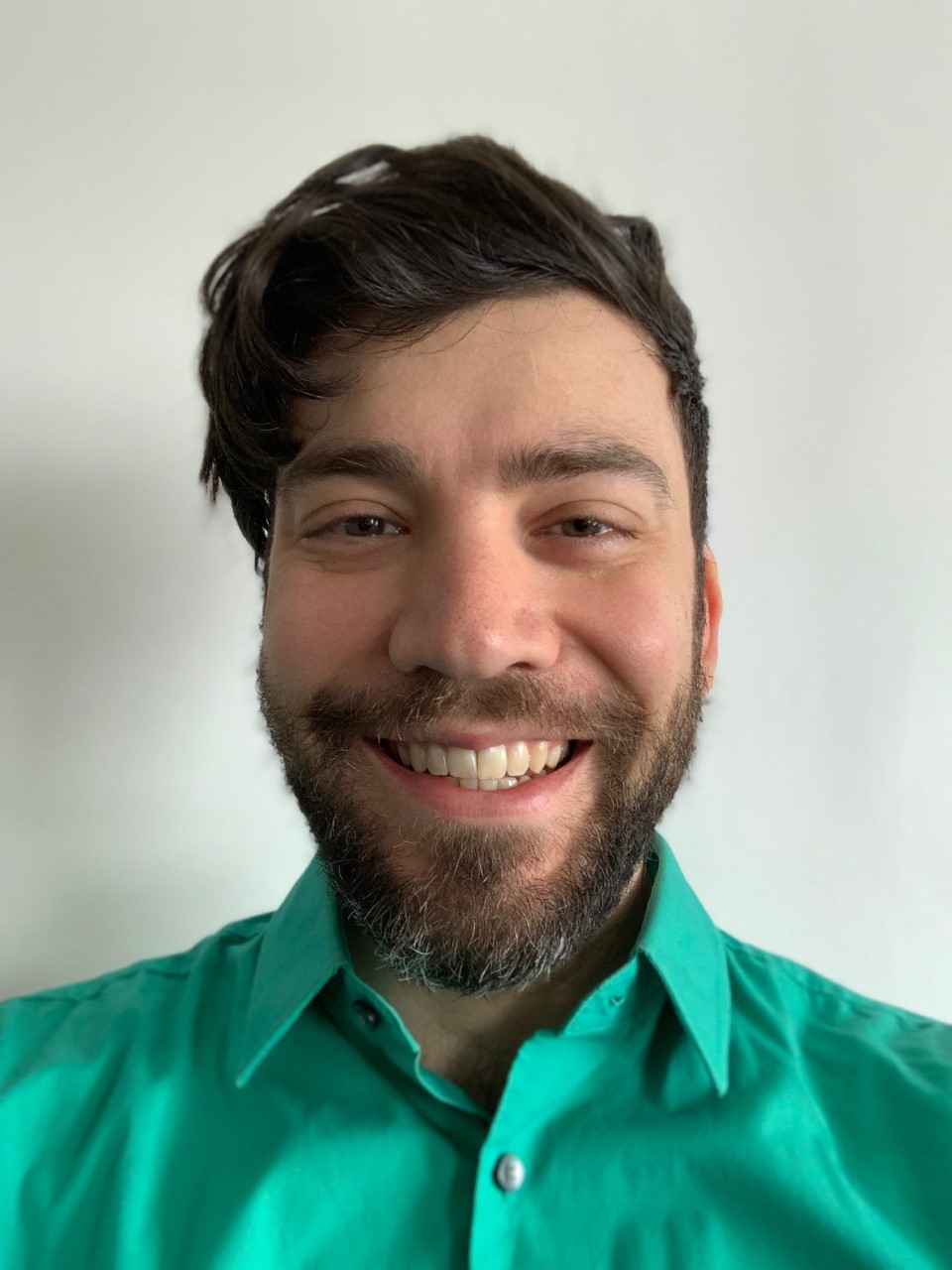 The CAMRT is pleased to present this award to Jordan Veale, RTR, from Manitoba.

Very early in his career Jordan took a volunteer position with the MAMRT, serving on the Board as the Director of Communications and Public Relations from 2014 to 2019. Subsequently, he has had countless opportunities to influence students and MRTs about the importance of the Associations that serve them. During this time Jordan took the lead in many projects that helped raise the profile of MRTs and the profession. For example, Jordan organized MRT week activities such as the Blue Bomber Football Game and Moose Hockey Game Nights for MRTs, both events that included recognition of the profession by the teams, brought MRTs together and helped them to feel a sense of pride in their profession to be recognized on such a large scale. Jordan has helped organize and facilitate advertising though Bus shelters and Tim Hortons during MRT week; has organized many inspirational and educational presenters for MAMRT education events such as Education Sessions, Tech nights and AGCs, and has worked with many technologists across the province to create “tour stop videos” as part of the Passport Tour Contest. Jordan also served on the MAMRT 90th anniversary committee, creating and updating the event’s website.

In his role as Educational Assistant at RRC’s Radiology Technology Program, Jordan educates first year students on the importance of the professional association as well as encouraging them to become active members. Many students have attended MAMRT events due to encouragement from him and has led some students to becoming volunteers when they have completed their education. Jordan has also worked a casual position in the x-ray department at the Percy E Moore Hospital in Peguis First Nation. In both positions, Jordan is constantly conducting himself with professionalism and advocating for the MRT profession as a whole, not just Radiological Technology. As an educator, he helps to reinforce initiatives that help MRTs advocate their own profession, such as CAMRTs NOD initiative and uses it himself while working.

It has been said that “Jordan is always willing to help out in any capacity for which he is needed. He has stepped up over many years to serve as tech support and emcee during many MAMRT events; and even if he does not have an assigned task… he always ends up helping out in some capacity. Jordan has a passion for the MRT profession, but especially in the area of advocacy.” 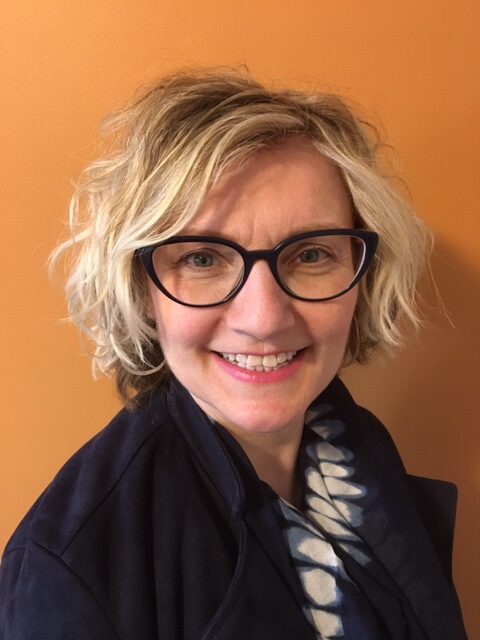 The CAMRT is pleased to present this award to Sandra Luke, RTR, RTMR, ACR, from Manitoba.

Sandra has been involved with both the MAMRT and CAMRT over many years.

At the provincial level, Sandra has served on the MAMRT Board of Directors, as their Public Relations Spokesperson and MRI Representative, as well as a sub-committee working towards self-regulation; and has been acknowledged for her commitment, dedication and leadership by her peers when she was selected to receive the MAMRT’s Colin Maxwell Award, the Rita Eyer Leadership Award, as well as MAMRTs Life membership award.

At the national level, Sandra has served on numerous CAMRT committees that support the high standards of the professions such as the Best Practice Guidelines, Certification Exam development, and Professional Practice, along with her terms on the CAMRT Board of Directors from 2014-2019, which included the positions of Treasurer and Vice-President.

Colleagues admire her influence and mentorship of others and have stated that “Sandy has served as a shining example of volunteerism …. Many of those she has influenced are early in their careers, and her encouragement and leadership has helped to foster long time involvement to the professional associations for these MRTs. Sandy has volunteered throughout her career, and her work with many CAMRT committees and the CAMRT Board of Directors has inspired other MRTs to strive for the same.”

Award of Excellence – highest score on the 2020 CAMRT certification exam: 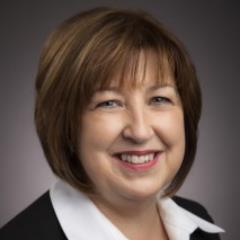 This Board Recognition award is both selected and presented by the current CAMRT President to honour an individual or group who has realized an outstanding achievement, or who has made a difference in their life.